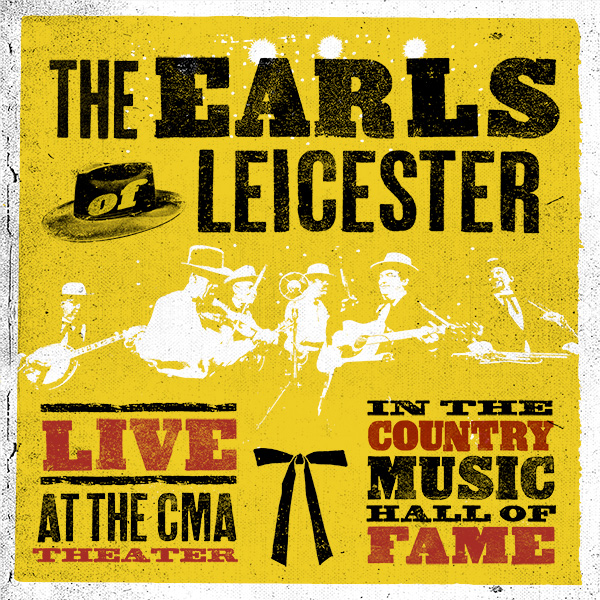 Critical Praise for The Earls of Leicester

“Holy Moly…people need to hear this music again, and The Earls of Leicester deliver it!”

“…You begin to appreciate the way The Earls have taken this music, much of it from Flatt and Scruggs recordings in the 1950s and ’60s, and turned each song over – looking at it from different angles, deconstructing the essence of the melody and the lyric, and reassembling it for a new generation of listeners. The result is music that sounds as vital as any kind of popular music being made today.”

“Once again, the Earls of Leicester do Flatt & Scruggs justice in a consistently entertaining way.”

“It takes a certain amount of credibility – not to mention just pure chutzpah – to assemble a band with the sole intent to emulate one of the greatest bluegrass groups of all times, specifically, the archetypical ensemble helmed by Lester Flatt and Earl Scruggs that was known as the Foggy Mountain Boys. If anyone was up to that challenge, it had to be Jerry Douglas, whose skill on resonator and lap steel guitar has made him the go-to guy in today’s music circles.”

“Charlie Cushman (banjo, guitar) is astonishingly good, but more than that, he’s well-matched by Barry Bales (bass), Shawn Camp (lead vocals, guitar), Johnny Warren (fiddle), and Jeff White (mandolin), and surpassed only by Jerry Douglas, who remains the greatest player the Dobro has ever known.”

August 3, 2018 – Nashville, TN – The Earls of Leicester, the Grammy award-winning sextet that comprises some of the finest musicians in bluegrass, will release their third album, Live at The CMA Theater in The Country Music Hall of Fame, September 28 on Rounder Records. Track “Long Journey Home” is available now.

When The Earls of Leicester formed in 2013, their mission was ambitious but exact: to preserve and promote the legacy of bluegrass legends Lester Flatt and Earl Scruggs in hopes of reviving the duo’s music for long-time admirers and introducing a new generation to their genre-defining sound. Within a year of releasing their self-titled debut, the Nashville-based six-piece far surpassed their own expectations, winning a Grammy Award for Best Bluegrass Album and earning six awards from the International Bluegrass Music Association. Now, with their first live album, Earls of Leicester offer up a selection of songs that fully capture the pure joy and supreme musicianship that propel their every performance.

Recorded over two nights at Nashville’s CMA Theater, Earls of Leicester Live bears a boundless vitality that makes songs from over a half-century ago feel irresistibly fresh. Despite the band’s painstaking precision in recreating the catalog of Flatt and Scruggs’ Foggy Mountain Boys, the album unfolds with an easy warmth that honors the essence of traditional bluegrass, which Jerry Douglas describes as “music that was meant to be played on back porches.”

Made up entirely of songs from 1954 to 1965, Earls of Leicester Live combines classic tunes with more obscure numbers unearthed thanks to the band’s encyclopedic familiarity with Flatt and Scruggs’s body of work. The robust 23-song set features 14 new recordings by the Earls and nine fan favorites from their two previous studio albums. The setlist includes notorious crowd-pleasers like “Martha White Theme Song” (originally penned as a jingle for Martha White Self-Rising Flour) and “Foggy Mountain Breakdown” (a breakneck-paced, banjo-driven instrumental popularized thanks to its use in Bonnie and Clyde), as well as the harmony-laced “You Can Feel It in Your Soul” and the sweetly crooning “All I Want Is You.”

Earls of Leicester Live also serves up several tracks integral to Flatt and Scruggs’ legend-including “I’m Gonna Sleep with One Eye Open,” a song famously banned from the Grand Ole Opry-along with more oddball offerings like the gracefully sprawling two-part instrumental “Steel Guitar Blues/Spanish Two Step.” And in one of the album’s most poignant moments, the Earls of Leicester deliver the wistfully lilting “Reunion in Heaven”-a song the band performed at Foggy Mountain Boys mandolin player/vocalist Curly Seckler’s gravesite earlier this year, as per Seckler’s personal request.

Throughout Earls of Leicester Live, the band wholeheartedly channels the spirit of Flatt and Scruggs while allowing each member’s distinct charm and singular musicality to shine through.

The Earls of Leicester are on tour throughout the rest of 2018. A special album release event at IBMA’s World of Bluegrass will take place on release day. All Wide Open Bluegrass attendees will receive a special offer to buy the CD along with a ticket to the Earls of Leicester show at Red Hat Amphitheater, with two dollars from every purchase going to the Bluegrass Trust Fund. Grab your tickets at worldofbluegrass.org. A full list of dates is below.

Will You Be Lonesome Too

Rollin’ In My Sweet Baby’s Arm

All I Want Is You

Let The Church Roll On

My Mother Prays So Loud In Her Sleep

What’s Good For You (Should Be Alright For Me)

Branded Wherever I Go

Don’t Let Your Deal Go Down